Shortly before the 2016 holiday season, singer Michael Buble received life-changing news about his son. Three-year-old Noah was diagnosed with liver cancer, and had to immediately undergo treatment before it spread.

Buble and his wife, Luisana, confirmed the devastating news in a statement on Facebook. It read: "We are devastated about the recent cancer diagnosis of our oldest son Noah who is currently undergoing treatment in the US. We have always been very vocal about the importance of family and the love we have for our children. Luisana and I have put our careers on hold in order to devote all our time and attention to helping Noah get well. At this difficult time, we ask only for your prayers and respect for our privacy. We have a long journey in front of us and hope that with the support of family, friends and fans around the world, we will win this battle, God willing."�

Michael and Luisana confirm son Noah's illness: “We are devastated about the recent cancer diagnosis of our oldest son...

Buble, who was set to host the Brit Awards a few weeks later, immediately put all his plans on hold to be with his family during the difficult time.

Since the cancer was caught early, Noah's prognosis was good. A few months into his treatment, the family shared an update with their supporters, and expressed their gratitude to all the well-wishers.

"We are so grateful to report that our son Noah has been progressing well during his treatment and the doctors are very optimistic about the future for our little boy," read the statement released in February. "He has been brave throughout and we continue to be inspired by his courage. We thank God for the strength he has given all of us. Our gratitude to his doctors and caretakers cannot be put into words."

It continued, "We'd like to thank the thousands of people that have sent their prayers and good wishes to us. As we continue this journey we are greatly comforted by your support and love."

At the time, Noah's aunt, Daniela Lopilata told the media that the "cancer has gone."

"Yes, Noah is recovering and we're very happy that's the case. His parents will speak when they want to do so," she added.

Now, a little over a year since Noah's cancer diagnosis, there's another update about the state of his health.

The Bubles, who also have another son, Elias, are excited about the upcoming holidays after going through a "tense time" last year.

"This time last year, the holidays were a tense time for the Buble family," a source close to the family told Entertainment Tonight. "When Noah received a cancer diagnosis, Michael immediately made the decision to step away from his work. It was really a scary time for everyone."

The source confirmed that Noah, who is described as "an energetic little boy," is "doing very well." They added, "Events like this put everything in perspective...There's no doubt Christmas will be extra special at the Buble household this year."

As for the Canadian-born musician, he is apparently feeling like his old self again and is "in a really good head space right now." According to the source, he is really excited about making new music and is already working on multiple projects.

The Grammy winner announced that he will be hosting the 2018 Juno Awards in his hometown of Vancouver, after pulling out of the show last year.

"This is really important to him. It's not only a chance to celebrate Canadian artists, but it's also right in his backyard, since he lives in Vancouver," the source said.

Buble has also been named as the headlining act for the British Summer Time Hyde Park festival next July. 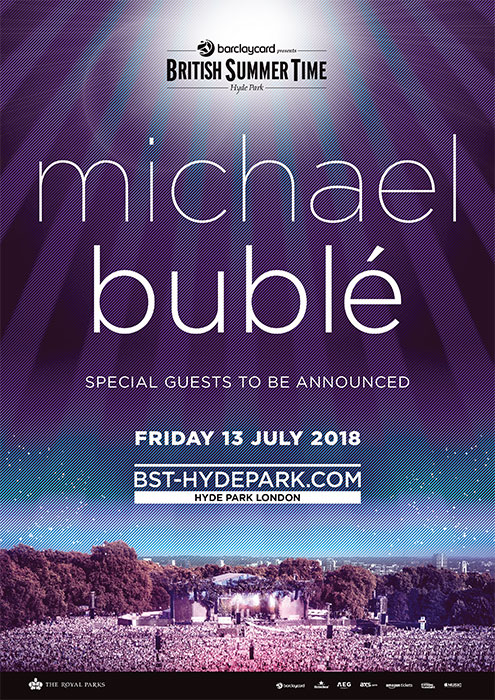 "I can't wait to come over to see my fans in London and play BST Hyde Park for my largest ever UK show!  You guys have been patient and I can't thank you enough for all your support," Buble said. "And for those of you that haven't seen me live, well... I just haven't met you yet!"

We're so glad to hear that Noah is doing well! We also can't wait for Buble to return to the scene.

The recent coronavirus pandemic is creating a major disruption for couples looking to tie the knot. For example, rural hospitals are now overflowing with patients seeking care and at least 24 have completely shut down since 2013. As a result, immunocompromised guests are unable to attend any weddings because they can�t risk exposure. Stay at home orders are in place in many areas prohibiting group gatherings, forcing couples to cancel their wedding events.With
Read More →

By Meagan 3 years ago